Being a stockholder and having an extensive range of qualities for all the main speciality fibres has always been our goal, holding these levels of stock provides customers with the knowledge that if it’s needed quickly then Seal International oblige. What’s more, as one of the world’s largest buyers and traders in these fibres we’re experienced in buying effectively and in using our long-established supplier relationships to acquire the best products for the best price for our customers.

Our fibre experts travel the globe sourcing the product from the Far East to South America via Asia and through Europe, Seal International is a truly global business, with representation around the world and offices in China, South Africa and the USA. Our core fibres are all available from stock and samples can be dispatched the same day by courier.

Our core fibres are Alpaca, Angora, Bamboo, Camelhair, Cashmere, Mohair, Silk, Vicuna and Yak. As well as some wool and a number of smaller volume and rarer fibres such as mink and sable. 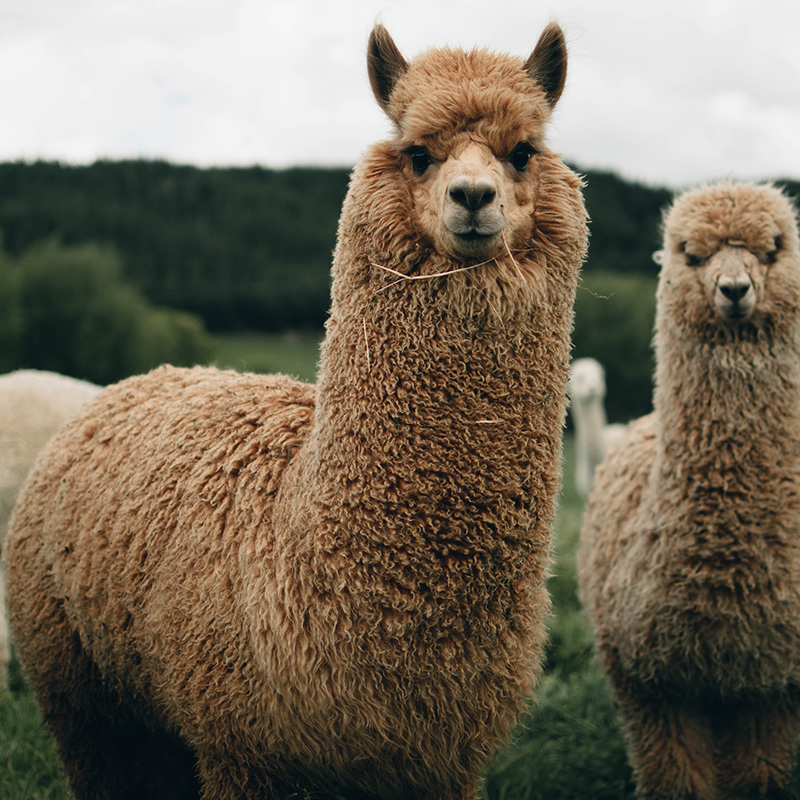 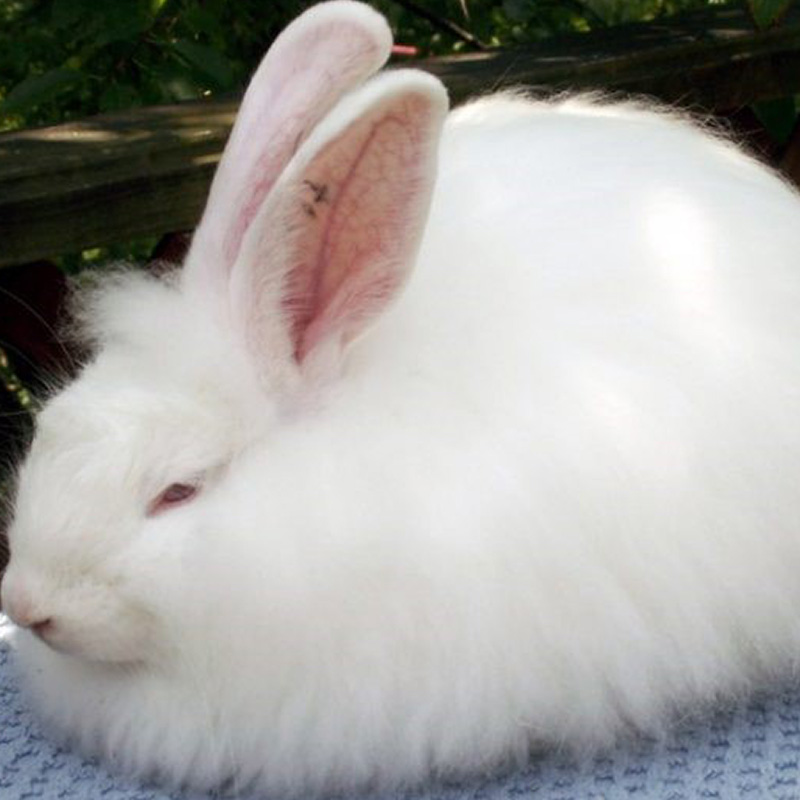 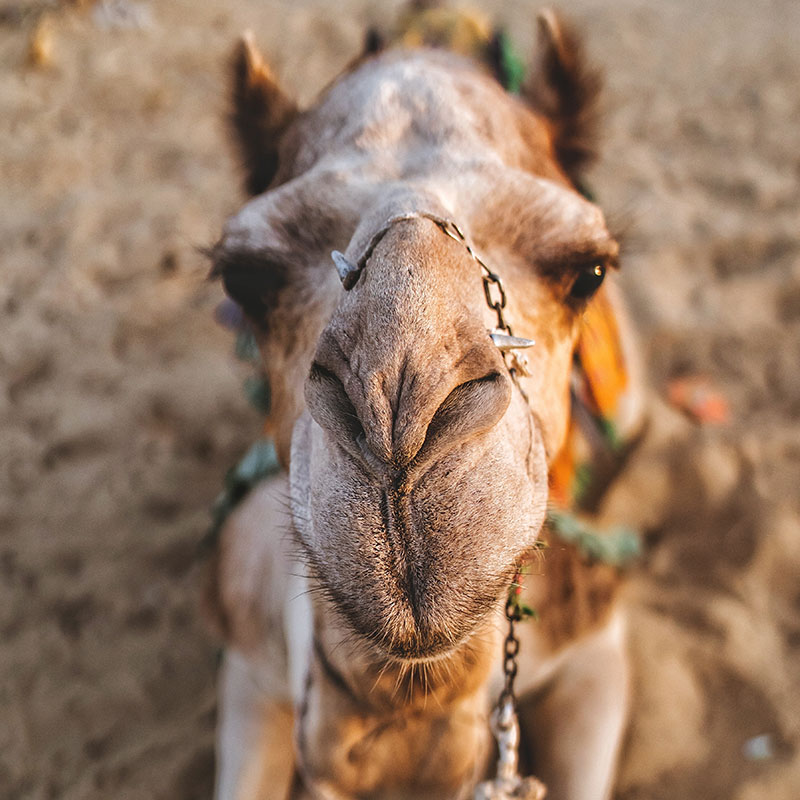 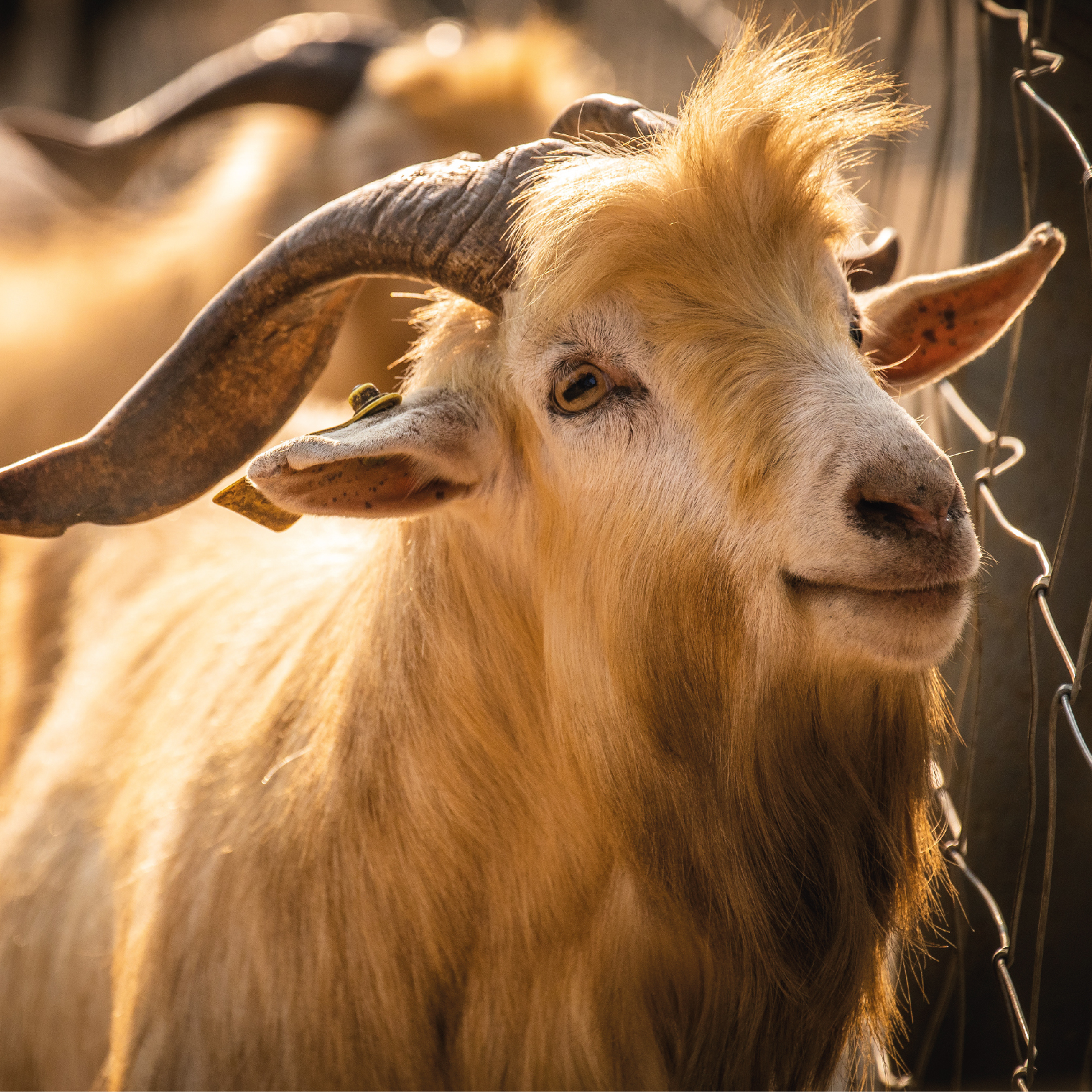 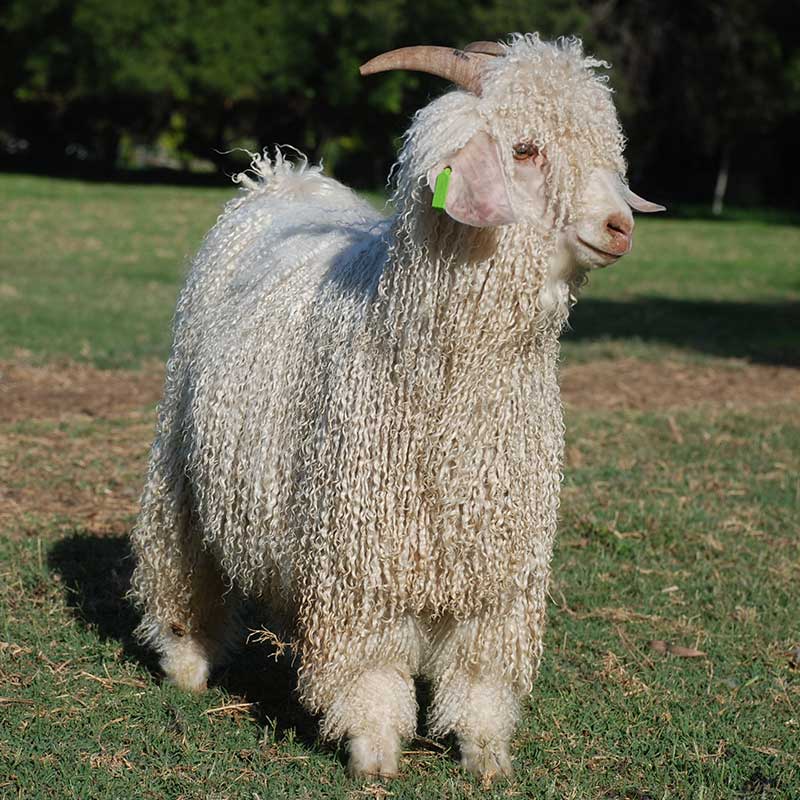 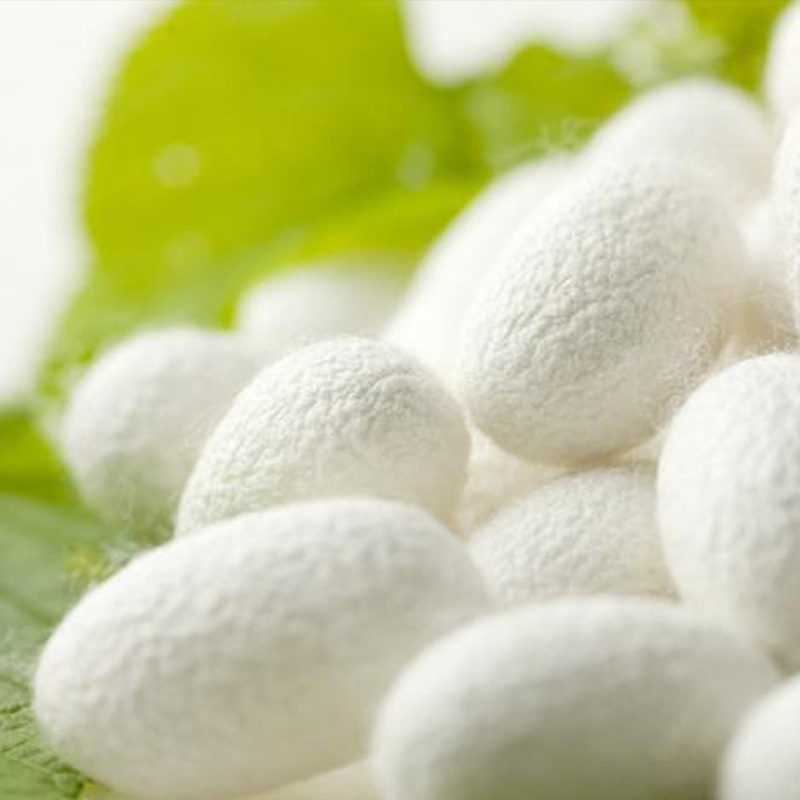 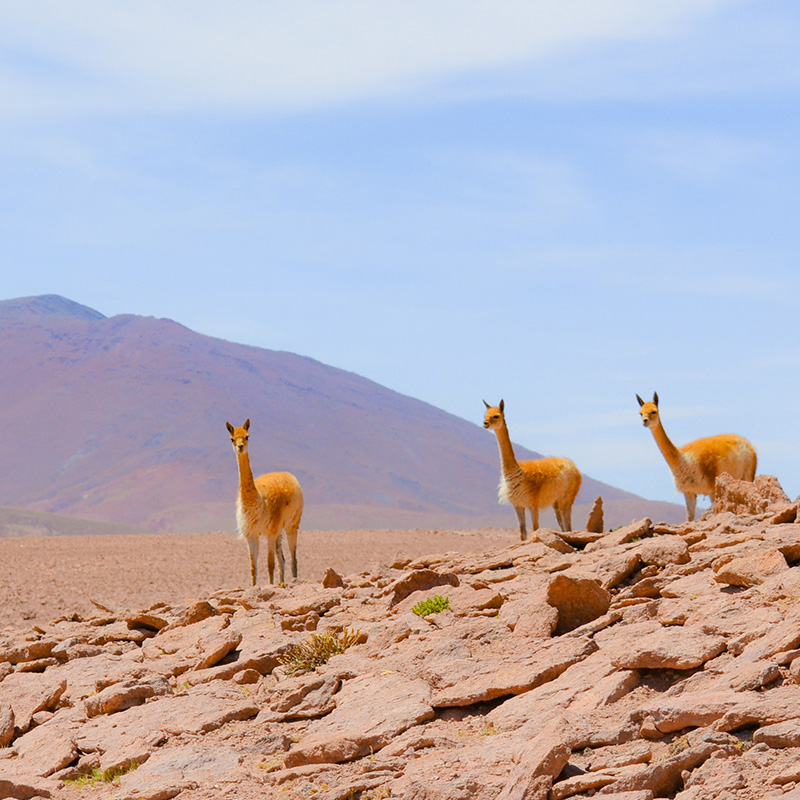 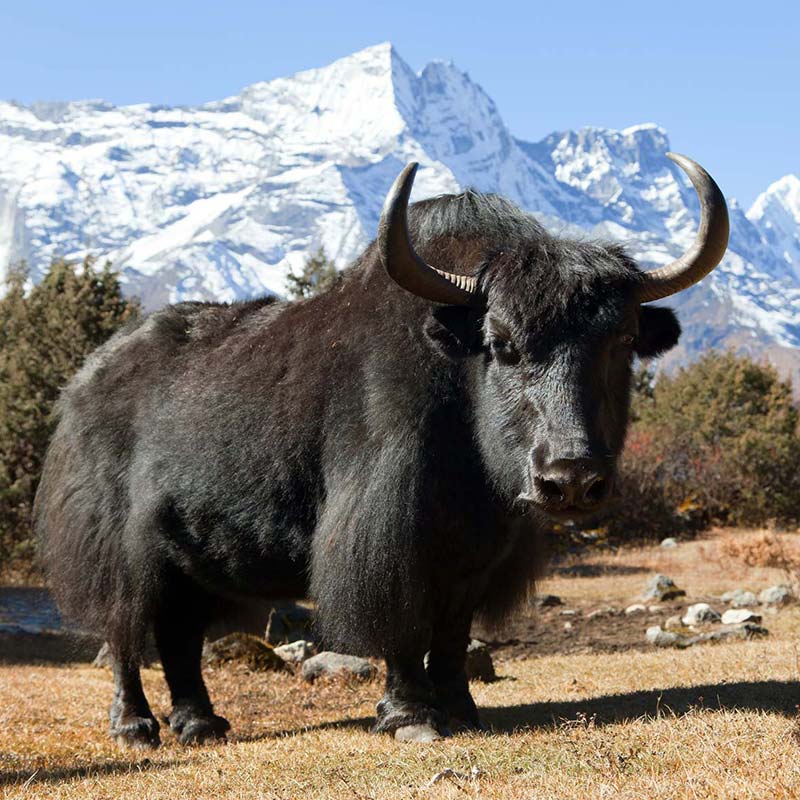 The Alpaca is a South American camelid, vital to the continued survival of populations in the Andes. They are remarkable for their resistance to adverse environments, with pastures at 3500-4800 mts and to temperature ranges of +/- 20c between day and night. They are also relatively easy to breed.

The most common strain of alpaca is the Huacaya (pronounced wuh-kai-ya). The hardier of the two strains their hair is heavier and tends to be shorter. The Incas selected from the huacaya herds, animals which were a rare phenotype with a dominant gene that gave rise to the Suri strain. This animal, which although it has a similar physiology to the huacaya, possesses a totally different hair. It is clearly distinguishable even though the natural colours are the same.

Suri alpaca is a silky, lustrous, wavy fibre with at least 1 micron of fineness more than huacaya, very similar to mohair. It is used for plaids which are appreciated for their low-weight, warm water-proof soft fabric with excellent wearability. It is also popular for blankets manufactured using the large selection of natural colours. Suri alpaca represents about 10% of overall alpaca fibre production.

Angora refers to the downy coat produced by the Angora rabbit characterised by its softness and slipperiness to handle. This is a result of the cell structure of the hair and the three mantle layers in the pelt:

At Seal International we aim to work with suppliers we have had relationships with for many years and who excellent animal husbandry procedures in place. All Angora hair we buy is obtained by either clipping using scissors or shearing using clippers and the animals are stress free. The rabbits are well looked after and have good living conditions.

Angora is used in apparel such as sweaters, suiting, knitting yarns and felting.

With a very soft and robust skin, it is often used for saddles and footwear. Tufts of coarse dark hair, 40-120 mic and often 30cm long, are located on the humps, mane and on the chest. The finest undercoat is on the sides and the neck and this comes to the surface and falls naturally in April and May.

The undercoat is classified into three grades:

The long coarse hair is used for ropes and mattresses. The coarse hair, typically 30-40 mic is used in the padding of winter quilts. The fine undercoat is used for knitwear and weaving and is exported from both China and Mongolia. 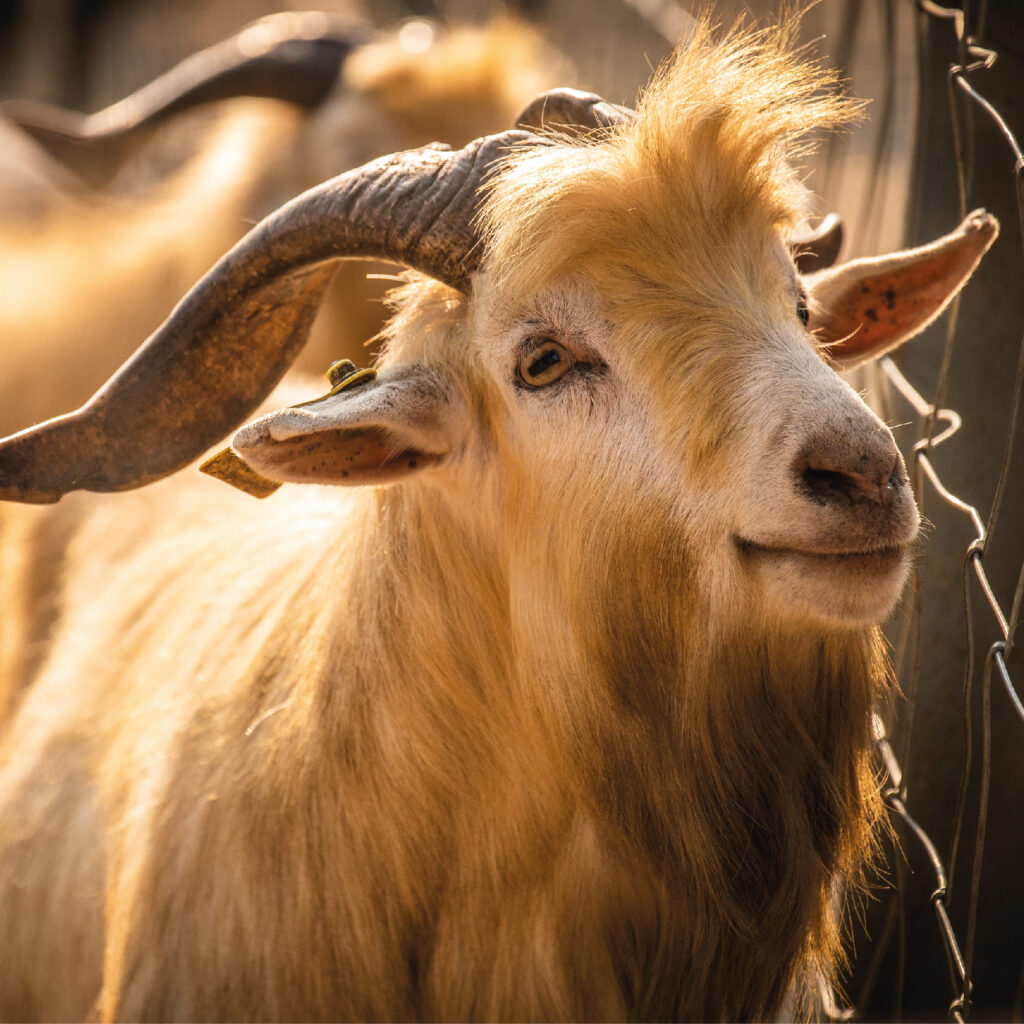 The long-haired Cashmere goat is common among nomadic people that live in deserts as well as arid mountains and plains, because it can handle harsh environmental conditions where cattle and sheep struggle to thrive. These are areas such as Inner and Outer Mongolia.

Cashmere fibre is fine in texture and is also strong, light and soft. The goats produce a double fleece consisting of a fine, soft undercoat of hair mingled with a straighter much coarser outer hair called guard hair. In order for the fine fibre to be sold and processed further, it must be de-haired. This is a process that separates the coarse fibres from the fine.

We acquire our cashmere from some of the finest herds by visiting and negotiating with local traders in China and Mongolia.

The fine undercoat, a heat insulator of 12-19 mic is exceptionally soft. The fibres are highly adaptable and are easily constructed into fine yarns suitable for sweaters, fashion garments and accessories. The garments produced with this fine fibre are extremely comfortable but expensive. The fibre must be processed with complex machines that require skilled and experienced operators.

Mohair is a lustrous fibre from the hair of the Angora goat. It is notable for its high lustre and sheen and is often blended with other fibres to add to these characteristics. Mohair takes dye exceptionally well, is also warm and durable as well as being stretch, flame and crease-resistant.

Mohair is often chosen for its great resilience and resistance to dirt and it is most commonly known for its use in suiting and knitwear. It is less commonly used in velvets, curtains and carpets, luxury furnishings, as well as upholstery for homes, cars, boats and aircraft. The long mohair fibre is particularly suitable for the production of worsted yarns for lightweight and tropical apparel fabrics. Summer garments in mohair regulate temperature and moisture absorption to deliver crease resistance and comfort.

The shorter fibres from shearing are used to spin woollen yarns for the production of brushed and smooth fabrics like Loden pattern or for velvet used for coats, blankets etc.

The mohair goat is generally small; males weigh 40-45kg, they are generally about 55cm tall and 60cm long. Shearing generally happens every six months because the goat’s hair grows rapidly – 2cm per month in winter and 2.5cm in summer.

As mentioned above, fibre diameter increases with age:

The silkworm is the lava or caterpillar of bombyx mori (the silkworm of the mulberry tree). It is entirely dependent on humans for its reproduction and its preferred food is white mulberry leaves.

Eggs take about ten days to hatch and the larvae enclose themselves in a cocoon of raw silk produced from their salivary glands. Each cocoon is made of threads of raw silk which are between 300 and 900 metres long. Tussah silk is textured wild silk produced by wild silkworms in the tropical and semi-tropical forests in China and India. The cocoons are gathered after the moth emerges and the silk is beige or brownish in tone.

Silks absorbency makes it comfortable to wear in warm weather. Its low conductivity also keeps warm air close to the skin during cold weather. Hence it is often used for clothing such as shirts, ties, blouses, high fashion cloths, lingerie and kimonos.

Silk has an attractive lustre and drape which also makes it suitable for many furnishing and upholstery applications.

As well as being the most elegant and noble of animals, the Vicuna is one of the rarest animals in South America – it is often referred to as, “Princess of the Andes”. It lives on the high plains between 3500 and 5000m of the high Andean Cordillera in an area which includes south-eastern Peru, western Bolivia, north- eastern Chile and north-western Argentina.

The Vicuna has very strong teeth which they grow and sharpen continuously on tufts of stipa, a very tough grass. They also graze on a saxifrage grass found around depressions where salty and calcareous water emerges or gathers.

These small, attractive animals have slender bodies, long necks, small heads, large pretty eyes and small straight ears. They are attentive and watchful, shy and sensitive, and their long thin legs allow them to be fast runners. They can run at 60-70 km/h over any terrain and can maintain that speed over significant distances. Their blood contains a very high density of red corpuscles which allows them to achieve this in such rarefied air.

In 1976 the CITES (Convention of international trade in Endangered Species) included the Vicuna ensuring the maximum protection of the species.

The fibre is the finest of all-natural fibres – typically 11 to 12 mic. It is also prized for its rarity, warmth and softness. These properties are a consequence of tiny scales that are on the hollow air-filled fibres which interlock and trap insulating air.

The fibre is sensitive to chemical treatments and so is usually left in natural colours. Vicunas produce only small amounts of extremely fine fibre, which makes it very expensive. The fibre is used in fine sweaters, socks, shawls, coats and suits, with a vicuna coat easily being able to cost more than $20,000.

The domestic Yak is an important animal for populations in the large Chinese / Tibetan highlands but is not well known and appreciated outside of this area. It serves as a beast of burden, for riding and for milk. The skin is used for leather goods and footwear, whilst the hair is used to make felt for the nomadic tents and the finest parts of clothing. Often quilted and used by the owner’s family, any spare hides and fibre is sold and can for some be the main source of income.

Yak world population is estimated to be about 14 million, of which 13 million live on the China-Tibet plateau. A further six to seven hundred thousand live in Outer Mongolia with other smaller populations in the Central Asia, Nepal, Bhutan, Ladakh, Kashmir, Pakistan and Afghanistan.

The yak has a double-layer coat; an outer protective layer of long coarse hairs of 80-90 mic in diameter; and an inner layer of short and very fine, thermo-insulating fibre.

The inner layer that begins to grow in autumn continues to thicken in winter and moults in late spring. At the moment, herdsmen obtain less profit from the undercoat than they do from the milk and meat.

The fibre is obtained by combing first, followed by shearing to take advantage of any fine undercoat left. The thickness of the fine de-haired fibre is 16.5 to 20 mic, with a length of 40-50mm and the fibre is not medullated; there is also an intermediate fineness of modulated fibre from 25-50 mic and 70-100mm in length; plus a third fineness of medullated fibre from 50 to 90 mic and a length of 130-150mm.

Compared to wool, yak fibre is finer at its base than at the tip. It has a tenacity and higher specific weight, but it can contain less water and felts less than wool. Nomadic farmers’ families, the community and many co-operatives work to improve the animal stock but the choice of animal is dependent on whether they want to give priority to the production of milk, meat or fibre. 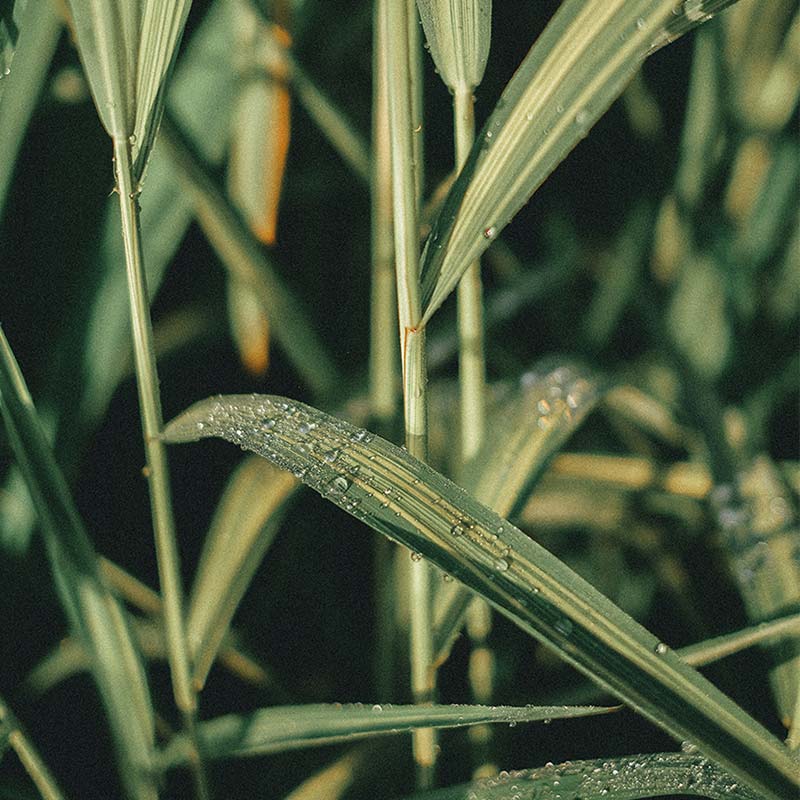 The term bamboo fibres widely refers to the fibres that are extracted from the bamboo plant. Used for thousands of years but its only in recent times that the process of making this woody plant into fibres has been perfected. Typically the plant leaves and the soft inner pith from the hard bamboo canes are crushed, then soaked in a natural enzyme solution. The fibres are then washed and spun into yarn.

Increasingly popular amongst the younger generations, Bamboo fibres can be used for any application that cotton is used for, often being preferred due to its notable benefits. It’s highly breathable and stretchier than cotton. Its high tread count and easy weaving properties result in thinners textiles with greater tensility.

Bamboo fabric may be used in sheets, blankets, towels, hand towels, or a number of other household textiles. Due to its softness and durability, however, this fabric is most commonly used in garments. Underwear made from this fabric is particularly popular, and socks, T-shirts, and other garments that make direct contact with the skin are commonly made with this fabric.